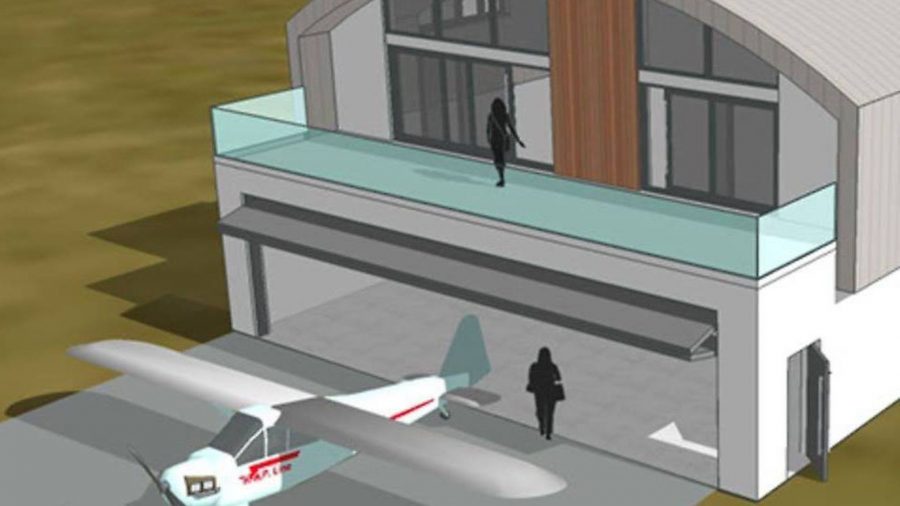 The proposed six ‘mixed-use hangars’ would have ground floors used by an aviation-related business, with residential use above

Permission to build six ‘hangar homes’ at Solent Airport has been turned down upon appeal. Peter Day, who runs a company called Hangar Homes, had applied to build six mixed-use hangars that would see aviation-related businesses on the ground floor and residential use on the first floor, plus a heritage hangar/centre for visitors.

The planning inspector, Adrian Hunter, refused the appeal on three grounds: provision of employment, airfield operations and living conditions of future residents. However, Day expressed the view that it is the general concept of a mixed use hangar to have caused the rejection: “This is about whether mixed-use hangars and hangar homes will ever be adopted at a GA airfield in the UK” he said.

Commenting on the specific reasons for the denied permission, Day said: “No alternative employment-generating scheme has been put forward for the site, so the employment from six mixed-use hangars is better than nothing. And even so, the employment density of each unit exceeds that of other businesses [currently] on the airfield.”