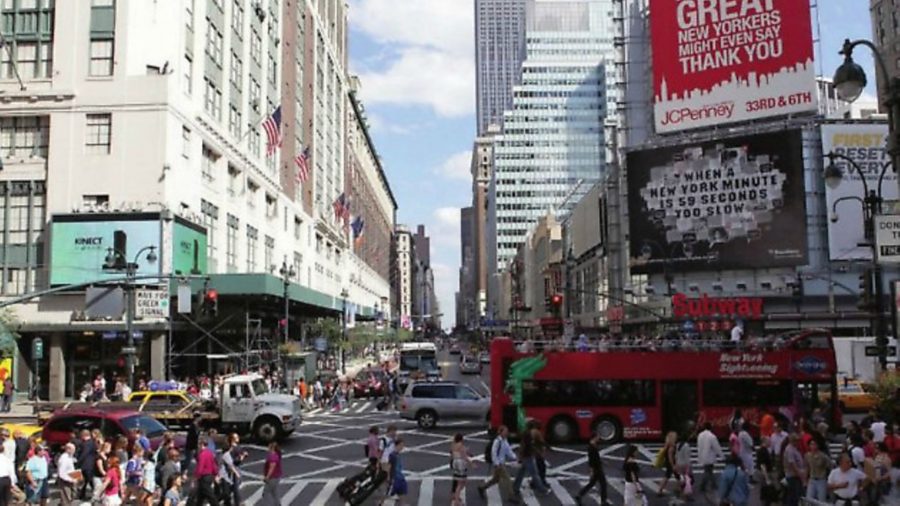 Despite 9/11, it is still possible to secure a private view of the great US city, flying yourself in a hired light aircraft

My first visit to New York was in 1957, courtesy of BOAC in a DC-7C, when I was fascinated by the view from the passenger window. It was 43 years later that I first flew over that amazing city in a small aeroplane, when in 2000, in company with other members of The Air Squadron ? an association of friends with an interest in aviation who fly a variety of interesting aircraft ? I flew a Piper Aztec with its owner from Cambridge to Seattle. My wife and I got out in Seattle while the owner, the late David Hare and his wife Margaret carried on in ‘Red Tape’ to Alaska and then back to the UK. Quite an amazing trip, although fairly routine for members of The Air Squadron, who are all seasoned long distance travellers. On that occasion we cruised over JFK at 10,000 feet looking down through the hot summer haze at a distant Manhattan and New York’s major airport. Clear in my memory is seeing a Concorde parked on the ground waiting to whisk some very privileged passengers back to London in less time than we had taken getting down from Bangor! There were fourteen assorted light aircraft on that trip, including a Leopard Moth, but that’s another story…

In recent years I have been spending more time in the USA, in New York State, and have harboured an ambition to see the famous New York skyline close up from the cockpit of an aeroplane I am flying. A study of the rules indicated that it was possible. However, two things were required for this: an aeroplane and a US license ? note the spelling! The license was the difficult bit; well not difficult, but tricky and it took time. It firstly involved an on line application to the FAA, a lot of form filling, a fairly tight security check and lastly a visit to an FAA office. I chose Long Island for this, where I experienced the most remarkable courtesy and help from the resident Aviation Safety Technician, Tim McGuire. There was no cost for this FAA service, which provided me with a Temporary Airman Certificate on 25 June, which was followed soon afterwards by a credit card-size US Pilot’s License. In parallel with that, forms were also completed in the UK, which, accompanied by a ‘fat cheque’, were sent to the CAA in order for it to verify my UK Licence and flying credentials to the FAA. The final ‘tick in the box’ was the mandatory Flight Review with an FAA Flight Instructor.

Armed with my new License, my next task was to find an aeroplane ? the closest place to New York City is Westchester County Airport at White Plains ? and that really was the easy bit. The very efficient and accommodating Chris Graessle, Director of Panorama Flight Service Inc, made me extremely welcome and soon had me strapped into a Cessna 172 with the youthful, but experienced and helpful flight instructor, Ian Hummell. After an hour’s check flight I was signed up and ready to go. Panorama is rather more than a Flying Training School and aircraft hire business. It’s one of four major FBOs at Westchester County Airport, which is a very busy regional airport that handles a myriad private, GA, executive, and scheduled flights. The Panorama ramp and hangar are full of a wide variety of executive jets, as well as their privately owned fleet of eight Cessna 172 and 182 aircraft. The Flying School, complete with simulators, classrooms and briefing rooms, operates upstairs. Downstairs, access to the airfield is via the very comfortable FBO lounge complete with classy leather sofas, televisions, magazines, soft lighting and pretty hostesses, which are the hallmarks of North American FBOs. Naturally, there are also complimentary candy bars, snacks and a wide variety of drinks. The perfect relaxation after flying is a peanut butter candy bar and a hot chocolate. “Why don’t you take a beer in your bag, and enjoy it later,” drawls the ramp attendant.

Once checked out, the process of aircraft hire at Panorama is wonderful. You simply turn up before the appointed slot time, confirm your identity, and get handed the aircraft ? sorry ‘airplane’? folder complete with keys, combinations and the paperwork; you are then on your own. Check out the airplane, get in and go! Combinations? The aeroplane is locked to the ground by the tail picketing point and there is also a combination lock covering the throttle. After flight, put it back where you found it, lock it up, complete the paperwork and pay ? based on the Hobbs meter. It’s as simple as that. If fuel is needed ask when you arrive at the reception desk and the aircraft is fuelled before you get out to it five minutes later. This truly is a service industry and, in case you are wondering, there are no membership fees, no landing or handling fees, and a brand new Cessna 172 with the glass G1000 cockpit including TCAS and autopilot is $172 an hour; call it £110. And there is no charge for the snacks or drinks either. UK flying schools please take note. In September I was back in the USA again and the New York skyline beckoned.

There is a low-level route along the Hudson at 1,300 feet or below, although the New York controllers will usually permit higher transits using Class B airspace, and what could be easier? Armed with the quarter-mil sectional chart for the Hudson River ‘Skyline’ transit, a NY half mil chart, a list of frequencies and my rusty iPad, with my route loaded on to SkyDemon, I climbed into Cessna 172 N789PF on 29 September, with my son-inlaw, and headed off for Manhattan where Darrin normally works. Gosh it was easy and great fun. After listening to the ATIS on 133.8, the initial call was to ‘Westchester ground’ on 121.825, which booked me out to ‘New York Skyline’ and gave me my clearance: “Cessna eight nine papa fox squawk 4662 and after departure call New York approach on one hundred twenty decimal eight, maintain one thousand four hundred on twenty nine decimal six seven. Clear taxi runway three four via kilo and lima, and call Tower when ready.”

There was a short delay at the hold while a Jet Blue airliner and two executive jets landed in quick succession, before I was cleared for take off and told to call New York approach. Air Traffic control in the United States is remarkably slick, but the words come out fast. I was reminded of the ‘Southern Boy’ who was heard to ask a controller to “say agin” three times. After the third time he said very slowly: “ah speak as fast as ah listen – please say agin!” All air traffic services are provided by the FAA, including at individual airports, and the coordination is remarkable. No squawk changes on handover, and brevity is key. The only problem is the accents. For those accustomed to the Queen’s English, the mixture of fast spoken ‘New Joysey’ or very broad nasal Brooklin is difficult to comprehend ? at least until you get used to it. The female ATCOs are easier to follow, but in the area of New York ? at least when I was flying ? they were few and far between. Well at least I managed to listen and understand.

Entry point to the corridor was at the Alpine Tower, and as I progressed south along the west bank of the river, New York Approach handed me over to La Guardia Tower on 126.05 as I passed the Washington Bridge. Shortly afterwards I was handed over to New Jersey Tower on 127.85, which subsequently cleared me to turn north after the Verrazano Bridge to follow the East Bank. The low level corridor is alive with aircraft ? mostly helicopters ? and a good look-out is vital. I was amused to hear the controllers warning other much more serious commercial traffic of my presence. To say the views of Manhattan were spectacular is a huge understatement. From 1,400 feet, which I maintained throughout the journey, there was just so much to see. The photographs came out looking like picture post cards, but barely doing credit to the very clear views from the cockpit: I was glad I had cleaned the windows inside and out prior to departure.

We peered down at The Statue of Liberty, which although iconic, is actually remarkably small; the new World Trade Centre loomed large and high over us as we awed over the commercial end of Manhattan at Battery Park. Shortly afterwards we admired The Empire State Building and the sights of midtown Manhattan, before gazing across the verdant green acres of Central Park. Wow – such amazing sights! New Jersey handed me back to La Guardia, which in turn handed me back to New York Approach for our recovery back into Westchester.

Rye, where my son-in-law and daughter live, was just about on our route so we spent a few minutes following the edge of New York Sound North via Mamaroneck, Rye, and Greenwich, looking down at the large houses and yachting marinas which adorn and characterise that particular stretch of coastline. Then we were positioned on a long final to the shorter, but into-wind, Runway 29 by New York Approach and were invited to call Westchester Tower on 118.575, which promptly cleared us to land from a five mile final. After landing it was left onto Foxtrot, call ground on 121.825 and back to the Panorama ramp.

What a flight, and oh yes, I saw a Concorde on this flight too and had a much better view. She is parked on the pier next to the aircraft carrier USS Intrepid on the Hudson River ? one of the Visual Reporting Points for the ‘Skyline Route’. As one wag put it: “that must have been a skilful pilot to land a Concorde there.”

Did you enjoy this feature? Read more about flying adventures here:

The Wright way to fly