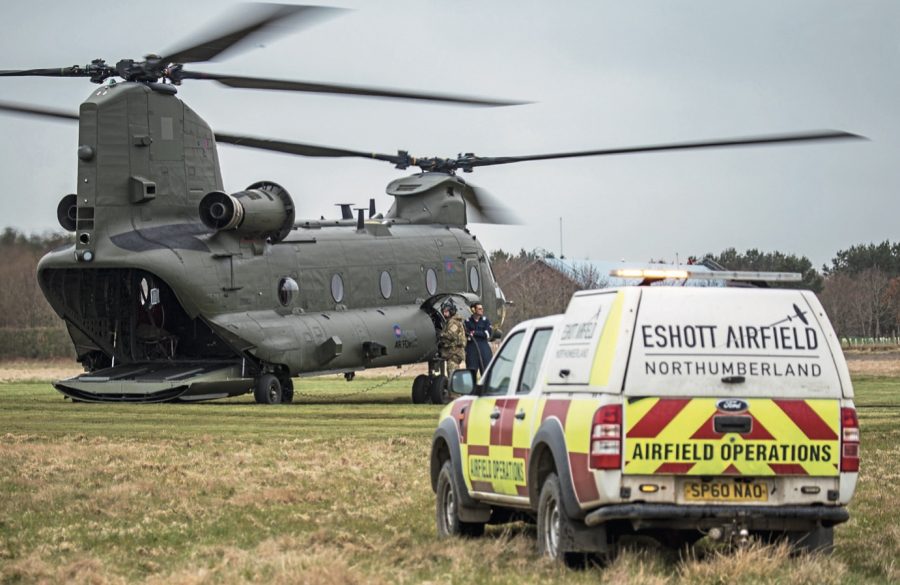 Eshott Airfield in Northumberland is determined to allow emergency and military helicopters to continue refuelling there, despite a council ban. According to its planning permission, Eshott can only be used by aircraft lighter than 5.7 tonnes, except for helicopters on SAR or EMS missions, or military aircraft.

In October 2021, the council granted an amendment to the planning condition restricting the size of aircraft at Eshott. It now reads ‘with the exception of landings/take-offs only by military aircraft, emergency services aircraft and/or aircraft in emergency situations, the airfield shall not be used other than by gliders, microlights, helicopters and propeller driven aircraft. No such individual aircraft shall exceed 5,700 kilograms in weight’.

Richard Pike, the airfield’s director, said that clearly meant emergency services and military aircraft larger than that size could use the airfield in non-emergency situations, but an enforcement notice issued by the council, which Pike said he would appeal against, claims it was against the conditions for military aircraft over 5,700kg to use the site ‘outside of emergency situations’ as the larger aircraft were having a ‘significant detrimental impact’ on nearby residents.

Pike said Eshott is the only airfield in the North East that offers ‘rotors-running refuelling’. This enables a helicopter to be refuelled without the need to shut down its engines, saving valuable time in a potentially ‘life-saving’ search and rescue situation, and reducing wear on the aircraft’s engines. He added that rotors-running refuelling was potentially dangerous, and staff needed regular training to deal with emergency situations. The RAF confirmed that, apart from Eshott, there are no airfields in the North-East that offer a rotors running service -the nearest is Manchester Barton.

Pike told Pilot: “We will continue to support the RAF and all aspects of the military and coastguard even if they fine us,” adding “whilst the planning permission very clearly gives us the right to do this already, Northumberland County Council wish to have a democratic process to see whether emergency services or military aircraft should be allowed to take fuel here. It is clearly in the public interest to get this through and put this issue to bed once and for all so that we can support these services without Northumberland County Council confusing the issue. Rotors running refuelling can be a very dynamic situation often in appalling weather and we need to be able to train with crews as well as work with them in an emergency.”

The Ministry of Defence has contacted the Council to tell them the service is critical to a timely response and that the airfield should remain involved with training to remain current and experienced in the task of rotors running refuelling.