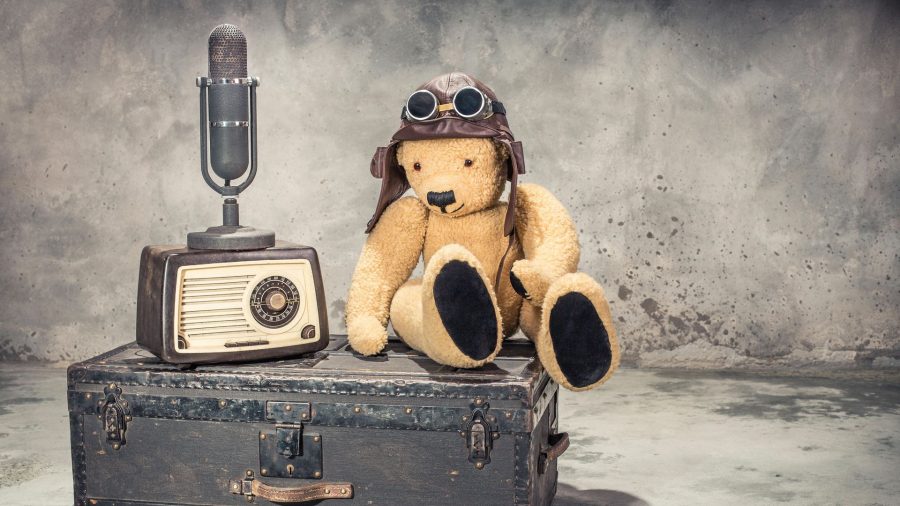 Music can be a powerful memory-jogger, although of course it is subjective. A melody inspiring one person could easily repel another. But certain tunes instantly transport me back to particular places, times and life events, and always will.

Nostalgia
Back in 1968, after exiting from my final interview at the College of Air Training, Hamble, having been told I had been accepted for their eighteen-month airline pilot training course, I clearly remember skipping away down the main drive singing the recently released, I Can Fly, by The Herd.

John Lennon’s Imagine will forever whisk my mind back to a windowless taxi on a sunny Caribbean afternoon in late 1971. This record had been released there that very day, and my taxi driver and his compatriot radio DJ clearly thought enough of it for the track to be repeated continuously over the local radio airwaves for at least the hour of my journey from the airport to our hotel.

Another tune that gets nostalgia flowing is Lillibulero, the introduction to BBC World Service’s World News bulletins. That refrain brings back many memories of struggling to stay awake on those long night sectors by listening to the BBC on our HF radios, and enjoying Alastair Cooke’s wonderfully deep, sonorous and authoritative voice reading his weekly Letter From America, Peter Jones narrating A Hitchiker’s Guide to the Galaxy, or Roy Plomley’s Desert Island Discs, plus so much other excellent broadcasting.

One night in 1983, having recently returned to life as a pilot after a full year of furlough and stewarding with Zambia Airways and British Airtours, hearing Lillibulero from the right seat of a British Airways 737 somewhere high over Europe actually brought tears to my eyes. Such can be the emotional power of a simple tune.

Although by no means required listening, I made a point of checking those BBC bulletins whenever possible (either on an ADF over Europe, or via HF when far from home). Often this was a consequence of requests from both passengers and crew for football, cricket or other sporting scores. More importantly it was because, from an early stage in my career, it became obvious that it was vital to know the bang up-to-date political situation in countries we were transiting.

Thus I didn’t have the discomfort a friend and colleague suffered when sheltering behind sandbags on the roof of our Beirut hotel, watching Israeli fighters strafing the nearby airport. Neither did I experience the fright of another who saw Indian bombers hitting Karachi airport and narrowly missing their aeroplane in December 1971. Nor did I share my best man’s experience of taking off one way along Entebbe’s runway, only to see Idi Amin’s tanks and armoured cars racing along it towards them from the other end. Fortunately they were flying a VC10 which hopped off the ground in no distance and nobody shot at them.

It was thanks to the BBC’s World Service that I heard early details of the explosion of Space Shuttle Challenger on 28 January 1986, I learned of Sadam Hussein’s August 1990 invasion of Kuwait, and lived through the events of 11 September 2001 when we were en-route to Lagos, Nigeria. On that occasion I had the unpleasant task of first telling my crew while admonishing them to mention nothing to our passengers; and later informing our customers of the awful news shortly after arrival.

A more personal musical choice is Van Gellis’s Chariots of Fire, which for no obvious reason invokes memories of our old 707-436s’ struggling departure climb from Honolulu along Waikiki Beach for the 3,349nm crossing of the mighty Pacific Ocean to Tokyo Haneda.

Classic air-worms
The reason for the following earworms should be more obvious, for they all recall airline flying: Skyliner by Charlie Barnett; Come Fly With Me, and It’s Nice to go Trav’lin, Frank Sinatra; Far away Places with Strange Sounding Names, Margaret Whiting; I’ve been Everywhere, Rolf Harris; High in the Sky, Amen Corner; Straighten up and Fly Right, Nat Cole; Wherever I lay my Hat, That’s my Home by Paul Young and Jet Airliner by the Steve Miller Band.

Less obvious are We’re in the Money from 42nd street, which I sang or hummed when we slipped into lucrative overtime; and anything by Abba which recalls riotous evenings out with the cabin crew in Africa and the Caribbean.

Finally, of course, there is the Flower Duet from the opera Lakmé by Léo Délibes. This was the favourite aria of John King, (later to become Sir John, and later still, Lord King of Wartnaby) the former Babcock boss brought in by Margaret Thatcher to oversee the integration and rationalisation of British Airways – the result of a forced and unwilling merger of those erstwhile nationalised rivals, the profitable long-haul BOAC and the loss-making short-haul BEA which needed BOAC’s money to buy new aeroplanes.

To any Briton with a TV, Délibes’ Flower Duet should conjure up our airline, and of course it particularly does to us ex-employees, because for decades it was the music played over our passenger address system during boarding. To this day, hearing it can cause a certain moistness in my eyes if I’m tired, and it always induces a huge lowering of my blood pressure after fighting our way through the departure and security processes to enter the cabin of any British Airways airliner.