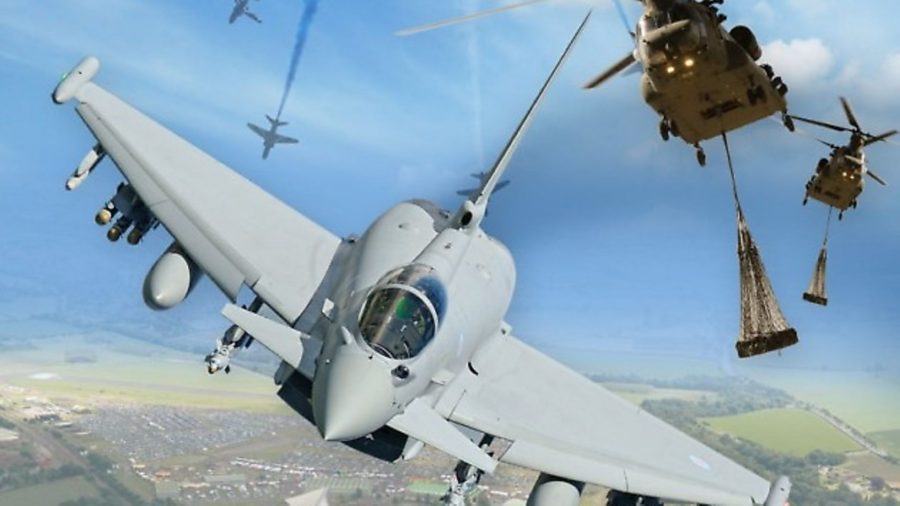 Organisers hope next year’s ‘Battlefield Support’ themed show will attract 60,000 visitors, making it ‘bigger and better than ever before’

Tickets for the award-winning RAF Cosford Air Show, which will be held on Sunday 11 June 2017, are now on sale.

The theme will be ‘Battlefield Support’, showcasing the aircraft and other vehicles used in times of conflict. Visitors will have the chance to explore a simulated forward operating base, with military helicopters and weapons from the Ministry of Defence.

As well as the Jaguar, Tornado and Harrier, the much-loved displays will feature a pair of BAC Strikemaster Mk.82 jets. They will perform close formation flying and a mock attack on an airfield, complete with pyrotechnics.

Air show director Clive Elliott said: ‘Opening the gates of RAF Cosford is a fantastic chance for the public to see what goes on behind the scenes on an operational Royal Air Force base.’

‘We think this year’s displays will be bigger and better than ever before,’ added RAF Cosford Air Show’s operations manager Peter Reoch.

Discounted tickets of £22 are available to anyone who buys before 28 March 2017, and under 16s get in free. Tickets are advanced purchase only, so will not be available on the gate.