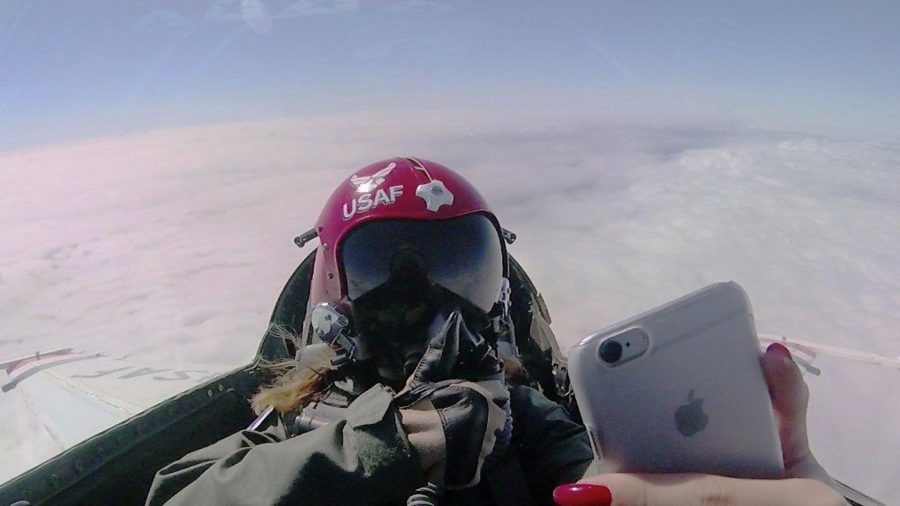 Learning To Fly by Tristan Loraine, Fact Not Fiction Films. Available through www.factnotfictionfilms.com and www.vimeo.com at £18 for rent or £24 to purchase (readers can use the discount code PilotLTF20 to get a 20% discount). Six episodes of 26 minutes, HD

Beth Moran is the youngest woman in the world to have flown with the Thunderbirds, the USAF display team. That itself would be sufficient content for a video production, but Learning To Fly goes well beyond the final achievement of this young lady, describing her journey into aviation, from knowing virtually nothing about aeroplanes to actually hand-flying an F-16. All the necessary steps are there: her first lesson, her first solo, all the ground study, her first navigation flight, and eventually her PPL skills test (passed on the first attempt).

Learning To Fly is a six-part video series that is pleasant to watch, and even a bit of a refresher for the student pilot. Indeed, it is a very good introduction to flying for anyone who is interested in aviation and does not know much about the field. The series shows the doubts and the uncertainties of an ‘outsider’ approaching the mysterious world of flying machines, and it portrays an encouraging and engaging journey, where the young Beth is mentored by James Crabbe, her instructor at Sussex Flying Club.

The pace of the documentary in fact benefits greatly from double strands of narration. On one side, the young girl takes us on her learning journey, but also talks about the exhilarating emotions that aviation brings?and this personal perspective gives the series more depth. On the other, we also hear the story from her instructor, who provides the reassurance that young people look for when learning to fly.

Eventually, after winning her PPL, Beth gets to fly (in formation) in a Thunderbirds F-16, and even pulls an amazing 9.2G?without fainting. It’s a Grande Finale for a series that can be particularly insightful for anybody that would like to know more about aviation, and an exhilarating ride for those already familiar with the magic of flying.