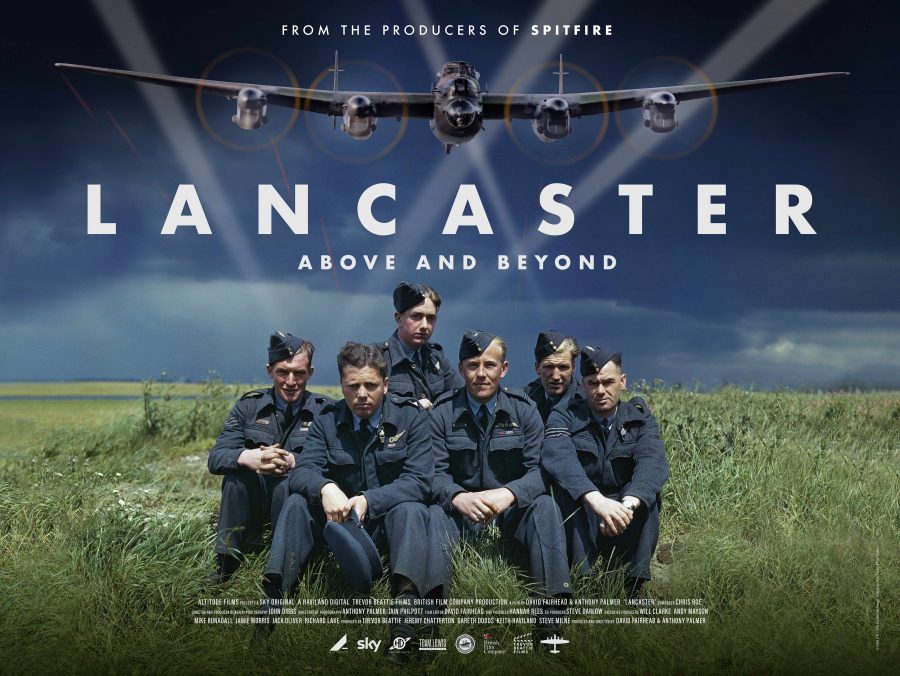 This superbly produced, thought-provoking documentary offers a moving cinema experience rivalled by few, if any dramatised accounts of wartime action. Just enough beautifully shot aerial footage of the RAF’s last airworthy Lancaster features, but the filmmakers really let the words speak through interviews with the last surviving crew members. Their story is supported and set in context by re-mastered archive material supplied by the Imperial War Museum and other sources.

The producers say that when interviewed, the youngest of these extraordinary veterans was 95 years old, the oldest over 100. The keenness of their minds, clarity of their recollection and often the fluidity of their movements makes them seem younger than their years onscreen, but sadly fourteen of the impressive total of 38 who appear in the film have since passed away. Fittingly, Lancaster offered the last chance for them to tell their story.

It is a tribute to the veterans’ erudition and the film makers’ intelligence and fine judgement that the excitement, fear and horror of wartime bombing missions – both the Blitz and the Allied response – are keenly evoked – without using any of the images of mutilated bodies seen in past documentaries.

A certain amount of manipulation has been employed in making the Day VFR limited BBMF Lanc appear to be flying at night – pedants will not be able to help themselves spotting that it is flying with flaps extended and beacons flashing – and much of the archive footage has been colourised. None of this matters a jot, because the overall effect is to integrate aerial, archive and latter-day interview footage into a powerful, well-paced narrative that holds your attention throughout.

The emotional effect is enhanced by a finely pitched soundtrack. The especially composed score was partly recorded in the historic Q121 wind tunnel at Farnborough and performed by the Central Band of the RAF. It adds hugely to the feel of the film without becoming obtrusive.

Indeed, Lancaster avoids triumphalism and presents a balanced portrait of Bomber Command’s actions during WWII, from the success of the Dam Busters’ raid to the controversy of Dresden’s destruction. As one learns from the film, the RAF lost more airmen in on one abortive bombing mission over Nuremberg than it did during the whole Battle of Britain. While quite how many people died in Dresden remains unknown, the sobering fact is that half of Bomber Command’s aircrew were killed – 55,000 in total.

Loved by its crews because it gave them a better chance of survival amid such appalling odds, the Lancaster was an effective weapon that, as the film makes clear, helped turn the tide of WWII and bring the conflict to an end earlier. Such is the quality of this production that we urge you to see it in the cinema while you can. Lancaster went on release in the UK & Ireland on 27 May.