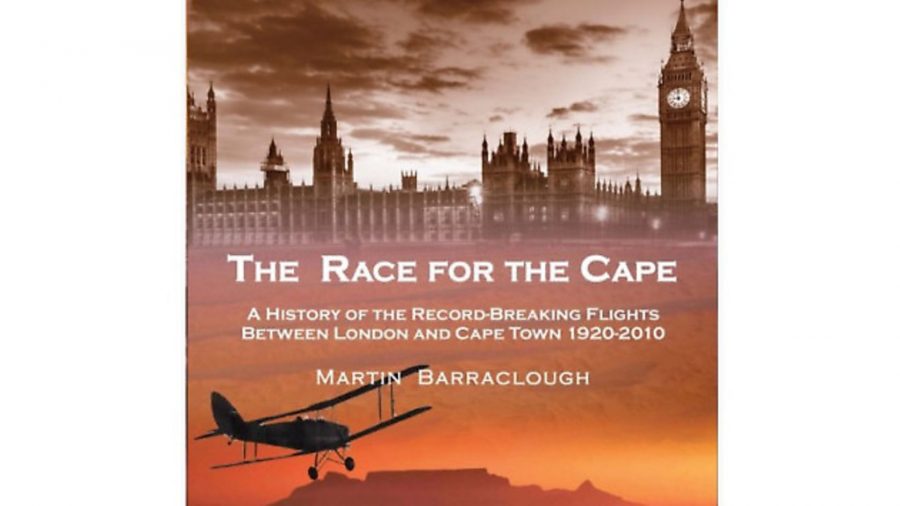 £30 (plus P&P), limited edition published by Words by Design in co-operation with prepare2go. Hardback, 344 pages, mixed B&W and colour illustration

The Race for the Cape – a History of the Record-Breaking Flights Between London and Cape Town, 1920-2010 by Martin Barraclough.

There are review copies that are greeted with a groan when they arrive on the editor’s desk, but there are books – like The Race for the Cape – that raise a cry of delight.

It is reminiscent of classic works, such as Kenneth McDonough’s Atlantic Wings (MAP, 1966). It really is that good.

Participants in the VintageAirRally, a trans-Africa event for ‘vintage biplanes of the 1920s’, are lucky devils as Barraclough’s books appears to have been produced exclusively for them (although the information does say further copies are available from the publisher).

No doubt the special edition is for inspiration, were any needed, as the rally will be ‘almost exactly recreating the 1931 Imperial Airways Africa Route,’ according to organiser Sam Rutherford.

‘The aircraft will be flying low along the Nile from Cairo to Khartoum, past the highlands of Ethiopia, down the plains of Kenya and over the bustling hub of East Africa. Then off again past Kilimanjaro to the Serengeti, on to the spice island of Zanzibar and even further South, crossing Zambia, over the Victoria Falls to Bulawayo in Zimbabwe. The final days of this… journey takes them into Botswana and South Africa, to the Cape.’

As The Race for the Cape makes clear, they will not be facing quite the same challenges as did aviators from Fl Lt F S Cotton and Lt W A Townsend in February 1920 (‘Force-landed on a beach 18 miles north of Messina. [Aircraft] overturned and destroyed’) to the unfortunate Taff Smith in October 2010 (‘Diverted to Windhoek with engine, instrumentation, radio and GPS problems’).

Described by Barraclough in welcome detail, adventures like this are perhaps best enjoyed as a good read, rather than experienced first-hand!