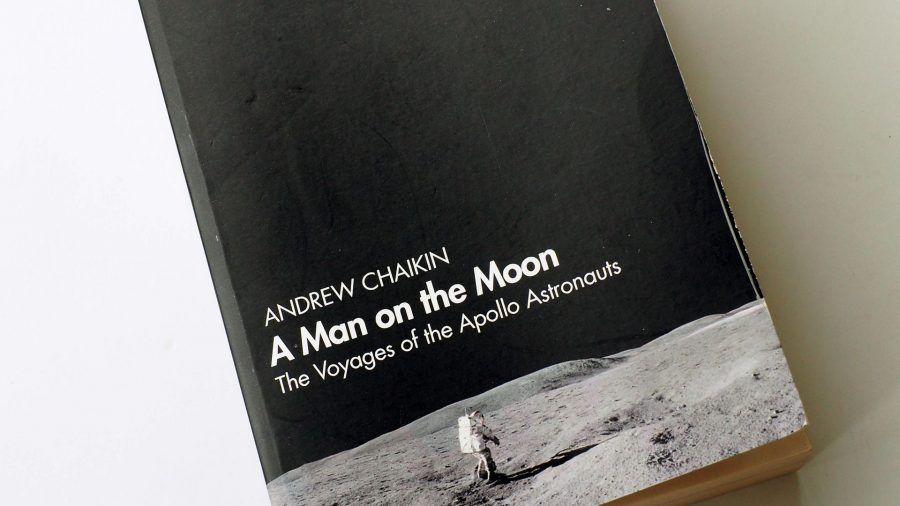 Philip Whiteman reviews A Man on the Moon by Andrew Chaikin, a definitive account of the Apollo programme bursting with revelations…

‘A Man on the Moon – The Voyages of the Apollo Astronauts’ by Andrew Chaikin
Paperback edition, 670 pages, black & white illustration
Published by Penguin
RRP: £12.99

I was inspired to read this book by my engineer son, Leo and moved to include a review by a recent ‘Pilot Profile’ subject, Virgin Galactic Chief Pilot Dave Mackay, viewing the first Moon landing as ‘the most incredible feat in the history of aviation’.

I wouldn’t dispute that notion for a moment and have quite a few space books knocking around the house as a consequence as my own enthusiasm for the ultimate form of flight. It is thus that Andrew Chaikin’s book, first published in the UK by Michael Joseph in 1994, comes as such a surprise: there is so much revelatory stuff in it, even for Apollo buffs.

Based on hundreds of hours of interviews with the astronauts and mission personnel conducted by the author, A Man on the Moon offers great insight (unrivalled insight, one suspects) to the character, motivation and achievements of the men and women involved, and the challenges they faced. For example, having heard contemporary new reports and seen the movie, while I thought I knew everything that happened during the Apollo 13 emergency and recovery Chaikin not only adds fascinating further technical detail but gives an account of the thoughts and reactions that no news item or dramatisation could ever put across.

My only criticism of the Penguin paperback is the quality of the illustrations – really rather lazy and penny-pinching scans of those in past editions, by the look of it. The print is rather small and a challenge to the eye. However, it’s the words that count and you’ll find none finer. Genuinely, this is the definitive account of the Apollo programme – and I’ll bet Dave Mackay has a copy.