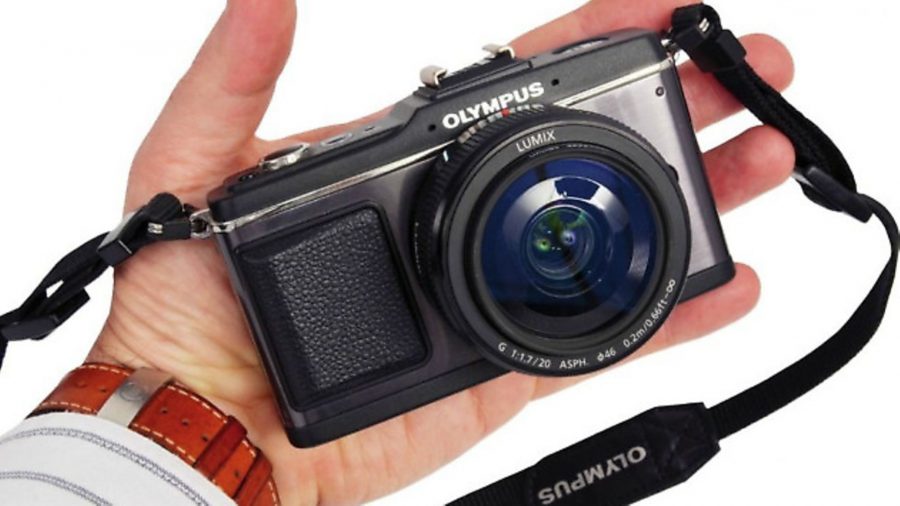 With styling reminiscent of the Pen half-frame film camera (remember those?), the original Olympus E-P1 (‘E-P’ for electronic Pen) was a hit with trendy young photographers looking for something stylish and more compact than the typical digital single-lens-reflex offering from the likes of Canon and Nikon. The metal-skinned E-P1 was beautifully made and achieved its compact dimensions through use of a smaller sensor of 4:3 ratio (hence the ‘micro four thirds’ handle). Less happily, it was expensive at the time of its launch and, although the pixel-peepers were impressed by its image quality and the built-in image stabilisation worked brilliantly, the thing didn’t auto-focus quickly enough to capture action shots. Big improvements were made with the E-P2 (shown here), which also had provision for an electronic viewfinder that slipped into the accessory shoe, turning the E-P into a still very compact quasi-DSLR.

Thanks to the availability of numerous adaptors, the E-P2 soon found favour amongst enthusiasts who wished to continue using their old film lenses. (With micro four thirds cameras, the equivalent focal length is doubled: the 20mm Lumix lens illustrated would be a 40 on a 35mm film camera — and, mounted on the E-P, one’s old 50mm standard lens effectively becomes a 100mm ‘telephoto’.) Times move rapidly in digital photography, and Olympus is now up to the E-P5 and making the OM-D series, which has an integrated electronic viewfinder. The new models have better sensors (16.9 v 12.3mp) but are they worth five times the price of a second-hand E-P2? The Editor thinks not, which is why many of his pictures that appear in Pilot are shot on the camera illustrated