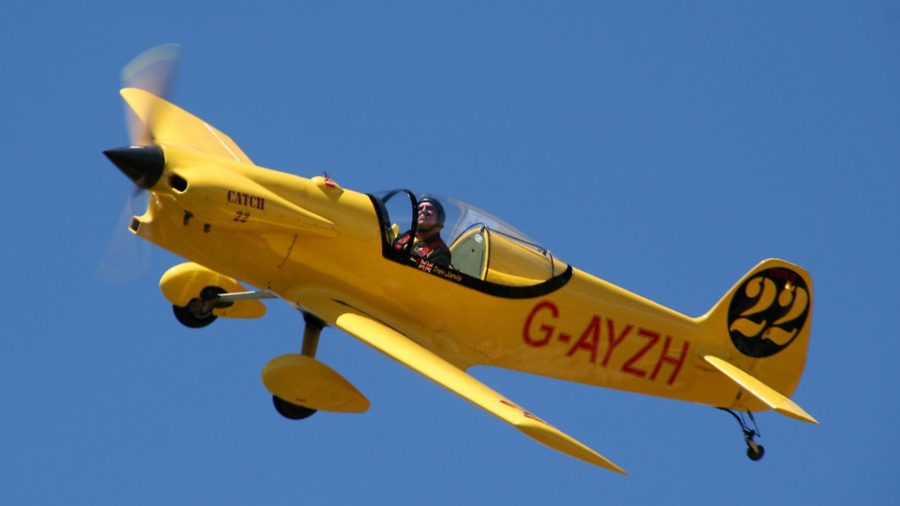 To go with our feature on the Taylor Titch’s creation 50 years ago, Trevor Jarvis describes what it’s like to fly

I stumbled across the Taylor Titch (almost literally) quite by accident. I had been on the lookout for a smaller and more economical aircraft to complement my Beagle Terrier, and thought I should go for something like a Super Emeraude or a Jodel. Having seen Terry Gardner’s bright yellow Titch G-AYZH during a trip to Halfpenny Green, however, I quickly realised this was the aircraft for me – and it was for sale.

I didn’t need more than one seat as I could keep the Terrier for family trips. On the other trips, now to be undertaken in the Titch, the fuel cost saving would pay for its maintenance and the small additional insurance premium on a one-up-one-down policy.

I contacted the LAA to check why Zulu Hotel had a sixteen-inch fuselage extension when compared with John Taylor’s plans. No one really knew. This information had been lost over its thirty-year build under three different constructors. But I was told that it demonstrated similar handing qualities to other Titches and that I would very quickly feel at home in it as I was flying regularly and current on taildraggers.

I studied a copy of its original flight test report and searched out as much information as I could on the internet. Although there have been a number of incidents and accidents recorded for the Titch, they were generally attributed to the pilot’s health or recency, and John Taylor’s design was always given a clean bill of health.

The Titch is an aeroplane that you strap on rather than sit in and, of course, the first time you fly it you are on your own! The day I collected it from Halfpenny Green I took advantage of some taxi time, mostly to get used to the slightly unusual heel brakes and the limited view over the nose. Takeoff is fairly straightforward and the stick-loading light so any tendency to over control in pitch must be resisted as the tailwheel is eased off the ground.

In this attitude ’ZH quickly accelerates and lets you know when it wants to go flying. At about 70mph a further small check back is required to complete the takeoff phase and accelerate out of ground effect before settling into the climb at 100mph.

The rest of the first flight was nothing less than fun. A few steep turns and stalls to deduce an approach speed, then a practice circuit and go-around at height. The cockpit is narrow so in order to operate the flap lever on the right side, the left (throttle) hand has to be used because there is no elbow room to operate the lever with the right hand.

Power-off balanced stalls have classic symptoms and recovery, except that the tapered wing and aerofoil section allow a fairly high nose attitude as the stall is approached. As the pitch is increased further, the aircraft starts to sink with a high nose attitude before the nose eventually drops. This occurs at about 46mph indicated clean, and about 41mph indicated with landing flap. Stalling with a little power on or the slip-ball not centred sometimes results in a mild wing drop which is quickly recoverable when unstalled.

The approach and subsequent landing – if given a little thought beforehand – are a pleasure, especially when compared with the hit-and-miss affair I still occasionally experience with the Terrier. The Titch, with its small frontal area, is a comparatively slippy machine. If constructed with flaps, it takes some distance – if not in level flight – to get the speed below the 90mph flap limiting speed.

Controlling the rate of descent with a little power on a straight-in approach allows the speed to settle at about 70mph without the approach angle being too shallow, and there is still some forward vision either side of the engine cowl cheeks. Over the hedge at about 65mph and the controls feel light but are still responsive, finally rounding out and fully closing the throttle for a power-off landing.

It is tempting to raise the nose continuously as the speed reduces during the flare, but this should be resisted and the cowl cheeks on the horizon is about the right attitude for a three-point landing. This is a much better compromise than landing at a lower IAS but with a high nose attitude and the tailwheel coming into contact with the ground first. So confident was I with the handling of the Titch that my second landing was into a somewhat shorter 500 metre grass strip where the landing run available was more than adequate and any rollout twitchiness experienced on the hard runway was damped-out by the grass.

The Titch is a great all-rounder. Despite its small 38 litre fuel tank, no parking brake or starter motor, I have flown ’ZH from the UK to Lleida in Spain, crossing the Pyrenees at 10,000 feet, and flying the return trip to central England in one day.

I spent the week in Spain flying Formula One air race circuits at 50 feet alongside such Reno greats as the late Jay Jones and Thom Richard and, despite the lack of elevator trim, it was as comfortable at race speed at 50 feet as it was at economical cruise at 10,000 feet. Still with its Catch-22 air racing team logos, I display the Titch at The Shuttleworth Collection’s October race day airshow, ironically ‘racing’ against the Cosmic Wind Ballerina which was very much John Taylor’s inspiration for designing the Titch over fifty years ago.

The reasons I bought it are that the Taylor Titch does exactly what it says on the box (and the self-build plans): it’s good fun, economical flying with reasonable performance, and easy to manhandle around the hangar. An experienced pilot with tailwheel and aerobatics time would very quickly feel comfortable in it, although I wouldn’t recommend jumping straight out of a Cessna Aerobat into a Titch.

Four of my friends are currently rebuilding five Titches, and it is hoped that we will be able to demonstrate these at future events along with other Formula One racers, all under the umbrella of the revitalised UK Formula Air Racing Association.